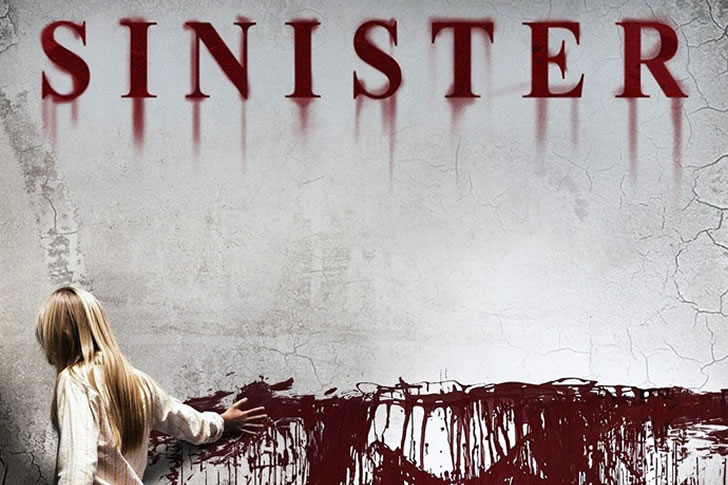 There aren’t many movies that properly capture the animosity of ghostly terrors reincarnating themselves through the lenses of dated and old footage. However, Sinister is one of the few horror films that left lasting impressions on everyone that mustered up the courage to watch it. Of course, to the credit of the advertisements, the movie did require a lot of digital traffic to make it to the mainstream.
The classic hit even has a cult following amongst the most-seasoned critics on the internet. Who wouldn’t? Sinister is among the most horrifying masterpieces of the last decade. The story revolves around Ellison Oswalt, a crime author looking to spark some creativity by moving into a house where the previous family experienced a gruesome murder. Oswalt then proceeds to find a box of old videotapes and finds them inspiring. However, little did he know, there was something waiting for him in the footage.

Insidious is the first iteration of a series of movies that are all equally gut-wrenchingly horrifying. However, the first part sets the mood for the entire series, making it an iconic title even after 11 years. More importantly, the film strikes a fine line between a plot that is relatable and purely fictional.
The story starts off with a single mother working from home as a composer, who happens to find that her son, Dalton, suddenly falls into a deep coma. What’s even more shocking is that she now begins to experience paranormal activity around the house. Home security wouldn’t even be enough to shield the family from what’s coming. 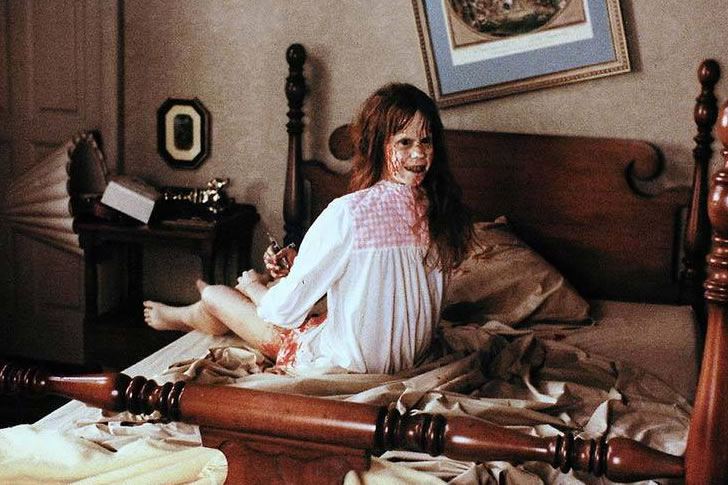 The argument for the most trauma-inducing horror film on this list may not go to The Exorcist, yet, the movie is one of the classic favorites. Further, William Friedkin’s interpretation of such an underappreciated novel makes it even more compelling. Take note, demonology in films during the early ‘70s took consideration to be a bold move, even for seasoned film producers.
The story is set in a fairly early ‘90s depiction of Washington D.C., where actress Chris McNeil notices weird occurrences in the house, electricity spikes objects moving around, and unwarranted sounds. Even more surprising, she notices that her daughter, Regan, also begins to show erratic behavior. In this horrifying tale, the family and company tries to make sense of what is happening in their own home while battling the rising tensions between them.

The Conjuring is the first part of a franchise of various horror films sharing an interwoven fate in the same universe. The films are unique because they happen during different periods but don’t stray too far from each other’s terrifying influence. Indeed, James Wan consistently gives the fans what they want, and that is made more evident with this true-to-life adaptation of real events that happened in the lives of the main characters.
In the film, the story starts with a feature of the protagonists, Ed and Lorraine Warren, being called to the aid of a family that supposedly feels a dark, looming entity engulfing their lives. Here, you can see authentic simulations of what paranormal experts have to deal with on a regular basis. Undoubtedly, The Conjuring is one of the best investments on a weekend movie night with the family or friends. 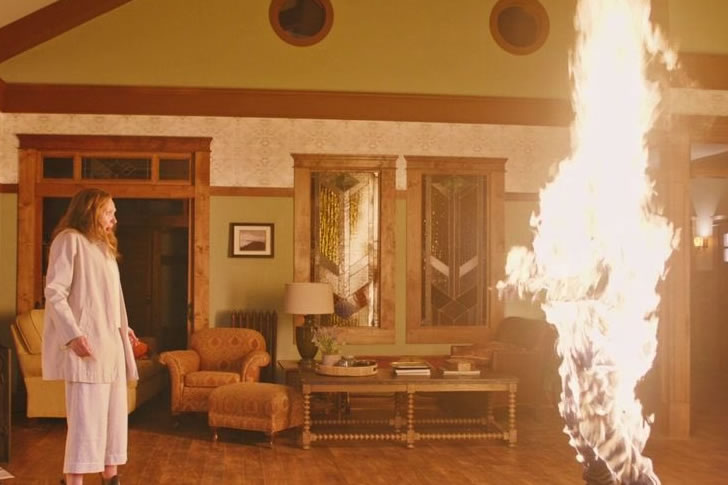 Our next film is The Hereditary, and while it is fairly one of the newer releases on this list, it certainly doesn’t fail to impress with its take on the classic horror genre. Surprisingly, Ari Aster, the writer-director, didn’t have as much fame before he created this masterpiece. However, after receiving so much positive reception, his movies are now among the best-in-class.
The story starts in modern-day America, where a family suddenly experiences traumatizing paranormal events during bereavement. Moreover, the plot features the various psychological effects of experiencing a family member’s passing while dealing with a mysterious force. Indeed, a home security system won’t be enough to protect them from what’s looming inside their home.

One of the films that boasts the highest views both in the box office and on streaming services is the Texas Chainsaw Massacre. What makes the film so admirable is how it rose from being a low-budget indie film to a cult classic even among hardcore movie enthusiasts. It is also one of the first movies to show grotesque and graphic scenes to such an incredible degree of detail.
The story starts off with a group of tightly-knit friends journeying through the countryside of Texas, looking to investigate a relative’s grave. Before even arriving, the group experiences an assault from an eccentric hitchhiker. 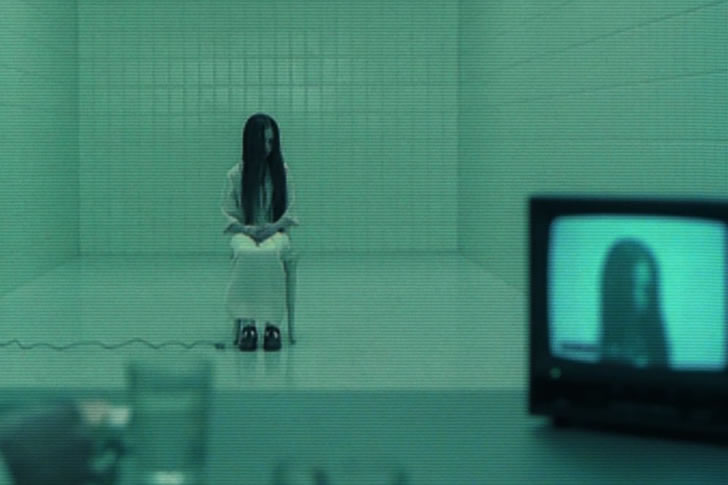 The Ring takes consideration as one of the scariest movies of all time. More importantly, its adaptation from another culture into the American movie scene deserves high praise. Gore Verbinski managed to pull it off with his remake of the Japanese classic and added unique elements as well.
The Ring is an uncommon tale about the ghost of a girl depicted in a mysterious videotape rumored to kill anyone who watches it. The movie is about an immediate phone call telling anyone who watches the tape that they only have seven days to live. In this horrifying tale, the movie steps on the gas and lets the audience experience terror in ways they’ve never felt prior to watching.

In the past, the film industry has had its fair share of high production horror flicks. However, Halloween leaves an impression that will be remembered for decades. Indeed, it did just that with this amazing take on the genre with acting chops of the talented Jamie Lee Curtis and the highly credited John Carpenter.
As one of the earliest entries into the slasher genre, the Halloween set a standard for films that still pay homage up to this day. The story takes place during Halloween, following a 15-year anniversary of Michael Myer’s murder of his sister. After escaping from a mental asylum, he is now looking to wreak havoc again. 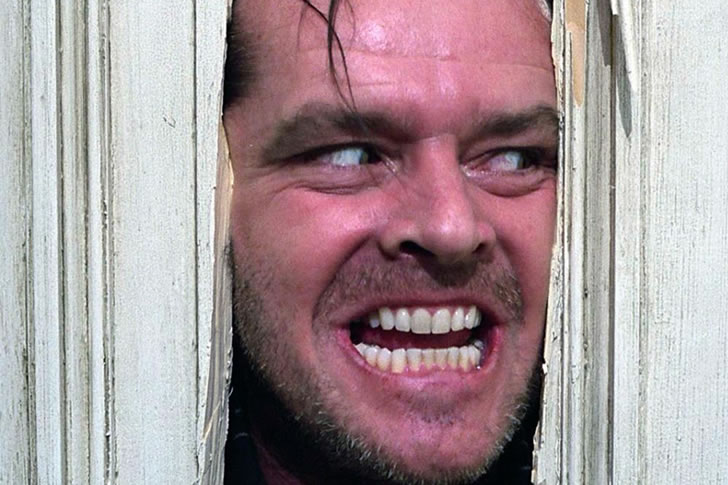 Stephen King’s novels will always stay on the table for legendary epics that can stand the test of time. However, the one that sits on top is The Shining. In fact, the film is so unnervingly well-produced that it still appears in recent arguments for the horror film standard, featuring the perfect blend of movie elements to create an unorthodox take on the familiar haunted house category.
The story begins the tale with a family looking to spend the holidays at a secluded location in the Colorado area. However, upon checking in, they notice a family member that starts exhibiting violent behavior on the back of psychic revelation from the youngest son. Indeed, The Shining takes credit for one of the greatest horror films of all time.

The IT franchise is one of the highest-grossing films on this list. Moreover, it also boasts the best depiction of CGI on the big screen while implementing the horror genre. The movie expresses the phobia of clowns vividly and does it with amazing visuals to boot. Interestingly, while the movie draws on traumas experienced by children, it also portrays various psychological effects on broken trust, romantic fallout, and failed expectations.
The story follows the growth of bullied friends who come together after encountering a shape-shifting and mysterious monster that preys on fear. After the disappearance of other kids in the Town of Derry, the protagonists unite to take the monster down while fighting their own traumas.