The world has a total population of 7.9 billion people, and yet, each person’s fingerprint is unique and is not similar to anyone, whether alive or from those who passed away. That is an astonishing fact. What is even more interesting is that there is a huge chance that someone out there is a lookalike of you. Doppelgangers, literally double-walkers, are said to be your twin stranger as you have no degree of relation to each other, and yet your facial features are strikingly similar. Listed below are some of those who found out they look-alike someone famous! 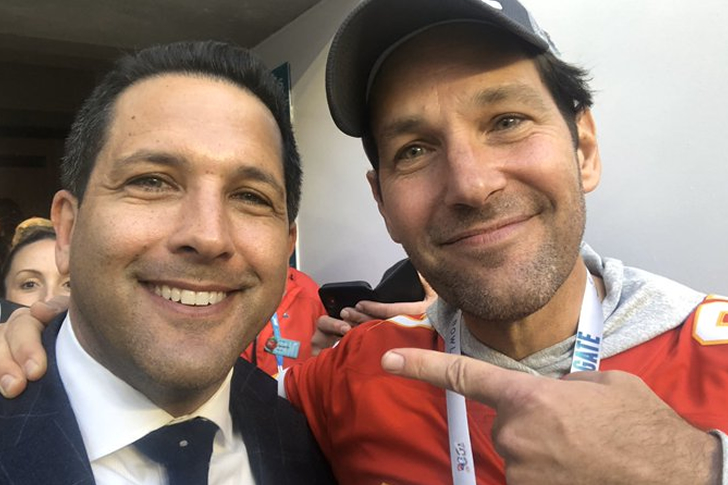 If you look like Paul Rudd, they might accost you on the street and ask for the latest news about the Marvel Cinematic Universe. Maybe that is what his lookalike has been experiencing. Anyway, a quick look at these two shows that his lookalike could very much be his brother. 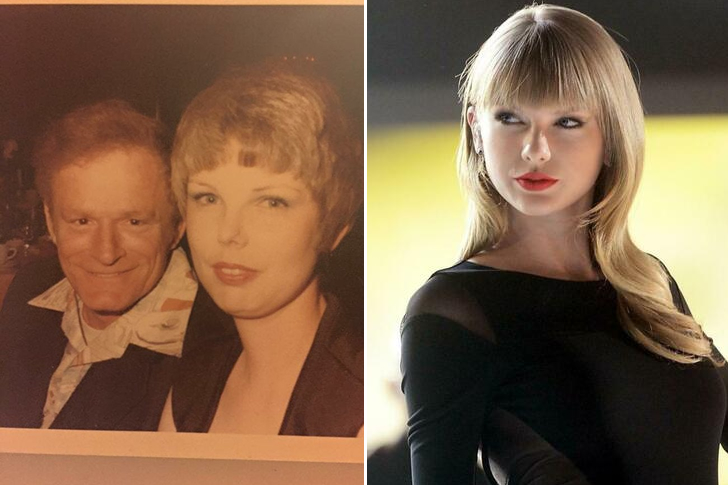 Taylor Swift and an Old Picture

In 2015, Reddit user u/christmaspencil shared a picture of his grandmother and grandfather. He pointed out that the woman looks strikingly like Taylor Swift, and he is not mistaken. Fellow netizens went abuzz when sharing how several of their older grandparents looked like current celebrities, too. Perhaps the universe, to a certain degree, is recycling faces now? 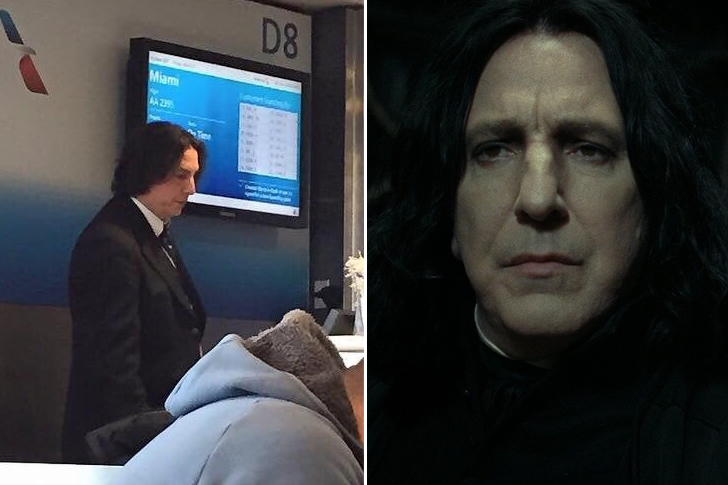 We know that Snape can fly, but what we did not know is that he flies American Airlines. Well, as it turns out, the beloved Alan Rickman has a doppelganger there. We wonder how many people have come up to tell him that. Snape deserves more credit than he was given, and this hardworking employee probably deserves the best, too. 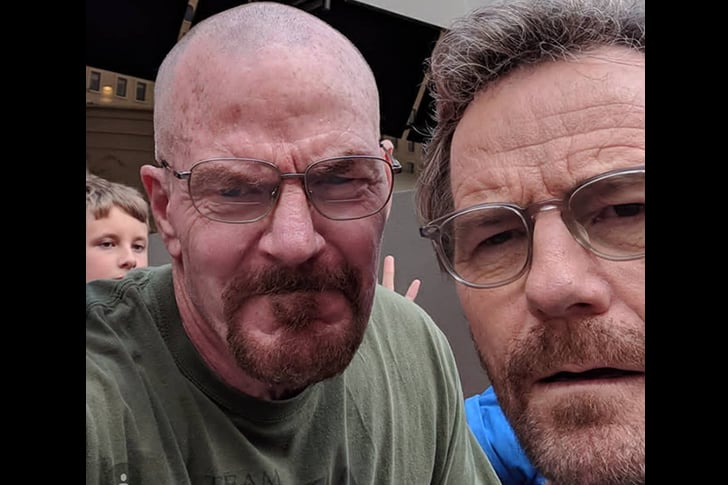 What do you do if you encounter your celebrity doppelganger? Take a picture together, of course. This is exactly what happened with a Bryan Cranston fan who looks exactly like him. Looking at the picture, we cannot tell the difference (the real Cranston is on the right). 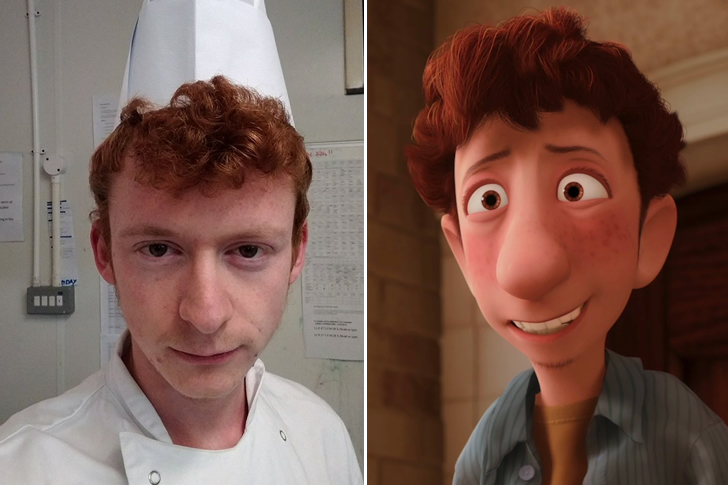 Rats pretty much look alike and so it would not be difficult to find a look-alike for the character Ratatouille, but how about his friend Linguini? In this case, a guy who also works in the kitchen looks exactly like him! Or did he make investments to look like the celebrity? Who knows, right? 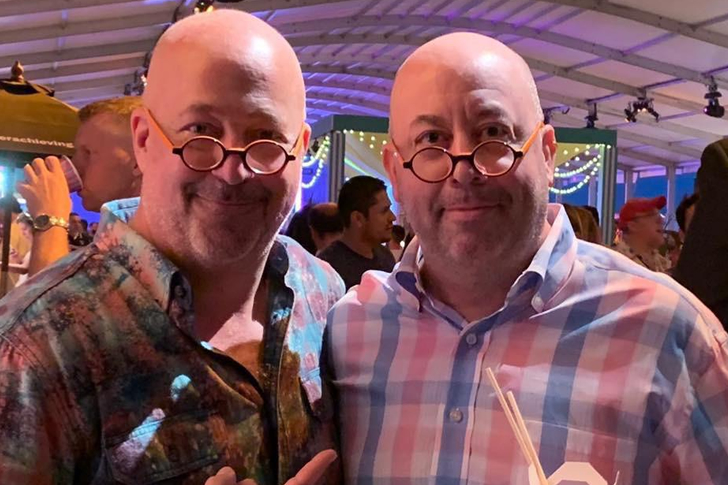 We can assume that they both have an affinity for food, and really, they do look alike! The two happened to meet during the 2019 Food Network South Beach Wine and Food Festival, where they got to enjoy various food and wine, as well as network with fellow food enthusiasts. 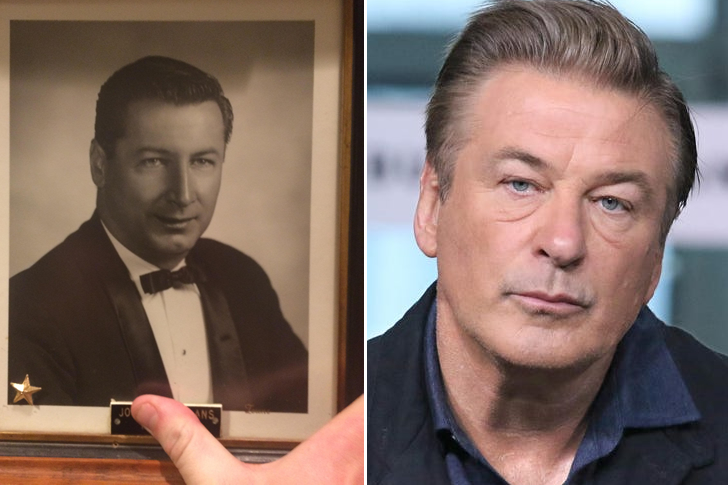 The actor is the subject of the news recently due to an unfortunate mishap, and perhaps, there are times he could turn back time. Well, little did he know that to a certain degree, this already happened. He could even be a reincarnation of this guy in a ‘40s photo seen at a local Elk’s lodge. 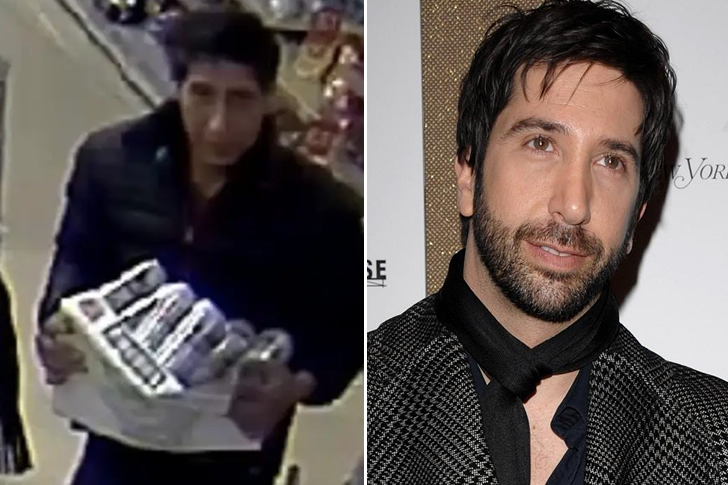 The Thief and David Schwimmer

We would probably not think of David Schwimmer, aka Friends’ Ross, to be a thief. He had made investments in various banks and instruments to most likely he does not need to take the belongings of others. However, look carefully at this picture, and you would instantly think of him! 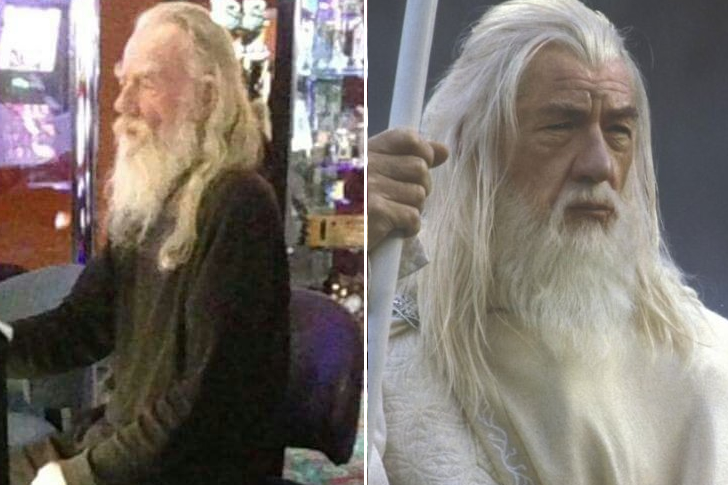 Thou Shall Not Pass as My Doppelganger!

What would you do if you saw Gandalf playing at a poker machine? Would you ask for a prediction of the future or perhaps ask him to craft a wand for you? The person who saw a Sir Ian McKellen lookalike decided to snap a photo instead. It would be fun if he shouted, “Thou shall not take pictures of me!” 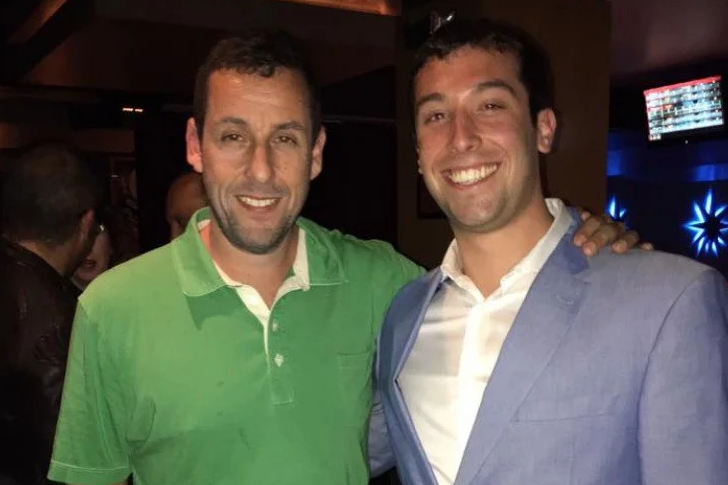 Reddit is a place of discovery, and this is where Adam Sandler got to know his doppelganger. They do have a striking resemblance, and as a gift to the man, Sandler invited him to a film premiere. The actor probably paid for dinner and for the gas, too. We can say his lookalike was very lucky. 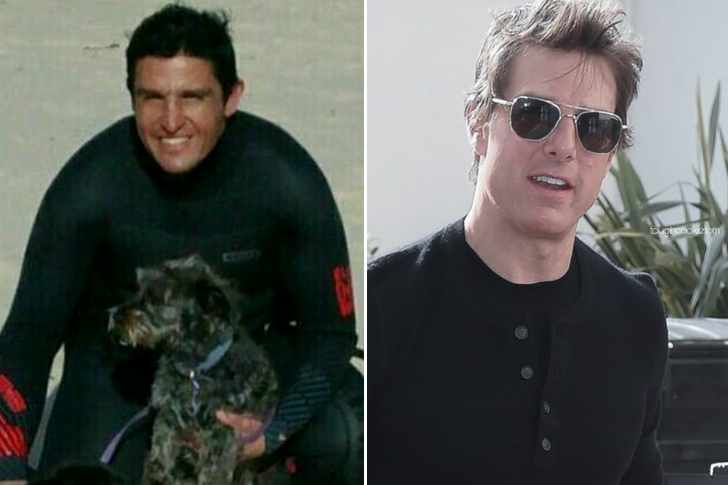 Tom Cruise is Looking for a Date

Would you believe that Tom Cruise is on Tinder and is looking to date someone? Well, that is not really the case, but there is one out there who looks almost like him, making girls swoon over him. He has matched with quite a few, in fact. Were they disappointed or happy during the time they met? 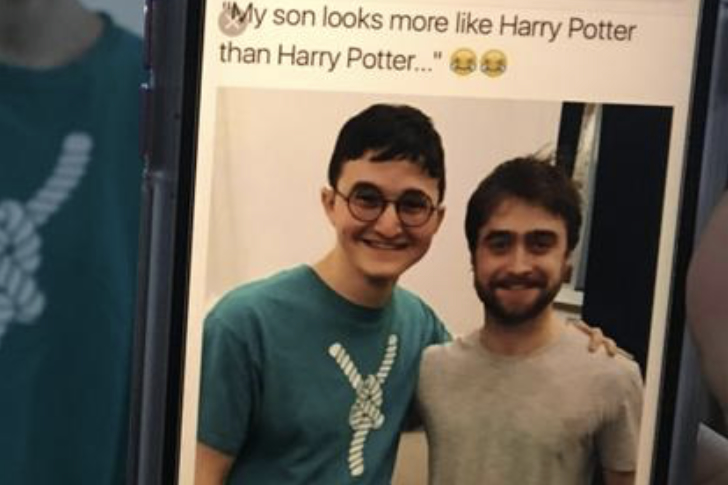 Harry Potter and His “Double”

Someone on Reddit shared that she matched with the famous “Harry Potter,” a Daniel Radcliffe lookalike. The guy even had a picture of them together, but he was considerably taller than the celebrity. Maybe he is the real Harry Potter, and we have to give credit to a very successful Enlarging spell!