16 Actor’s Movie Scenes that Almost Made Them Quit 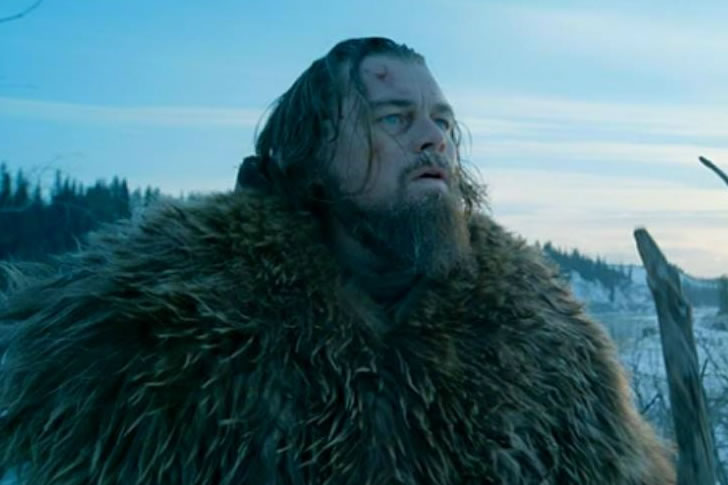 The Revenant is the movie that placed DiCaprio’s name on the list of Oscar winners and his best performance to date.
However, despite the amazing portrayal of the rugged frontiersman, Hugh Glass, DiCaprio admits to the difficulty of having to ignore his vegan roots during the film. At one point, the Oscar-winner said he struggled with having to consume raw bison liver on set for a survival scene during the movie. To his credit, DiCaprio was given a hefty paycheck for his role.

Michelle Rodriguez – The Fast and The Furious (2001-Present)

Prior to modern films, female actresses used to suffer the stereotype of playing helpless damsels just to highlight the masculinity of their male counterparts. However, Michelle Rodriguez broke that norm with her performances in the Fast and Furious movies. In fact, she set the standard for alpha females in Hollywood playing main character roles.
Yet, despite all her fame and fortune, Rodriguez expressed her disappointment with her character, Letty, who shared an unwanted love triangle with the Dom and Brian from the film. The actress retorted that the scriptwriter didn’t give her enough headroom to give justice to the role. Indeed, with Rodriguez being a screenwriter herself, she can take credit for her claims.

Everyone loves the Star Wars universe and with every iteration of the franchise, a new fan-favorite character reveals themselves. That much can be said with Daisy Ridley’s portrayal of Rey in the first part of Star Wars’ latest movie series.
However, due to stage fright, the actress held back production sets multiple times during the film’s early stages. Journalists even quoted J.J Abrams’ first impression of Ridley’s acting as a “wooden” performer. Fortunately, the actress seems to have gotten over her jitters in the second movie and showcased outstanding performances. 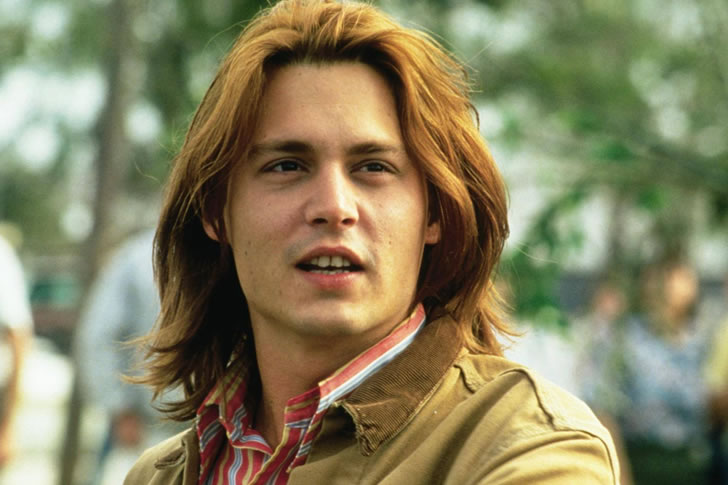 Johnny Depp is one of Hollywood’s prized actors, and even though he’s brilliant at what he does, the actor has his gripes about acting as well. In the movie, he plays the role of a drunkard character. Surprisingly, the actor was also undergoing an alcoholic stage of his life during the time. Depp hated how Gilbert Grape’s character was scripted onto the movie, which brewed tension between him and the director. As far as talent goes, the actor redeemed himself by taking credit for a stellar performance despite the movie receiving mixed reviews.

The LOTR series is one of the most beloved movies of all time. Therefore, Ian McKellen’s reputation was on the line when he received the offer to reprise the role of Gandalf in The Hobbit: An Unexpected Journey. However, McKellen expressed his loneliness of acting for hours on set in front of a green screen and almost left the franchise because of it, which is why the production made sure to make him feel at home to the degree that was tolerable for the actor to stay with the movie.

Al Pacino’s performance in The Godfather garnered him a nomination for the Best Actor in a supporting role. However, despite his efforts, the actor experienced countless criticism from the team all throughout production. The social environment was so volatile that Pacino contemplated many times on leaving the movie. The actor’s lawyers certainly dodged major losses when Pacino decided to stay. 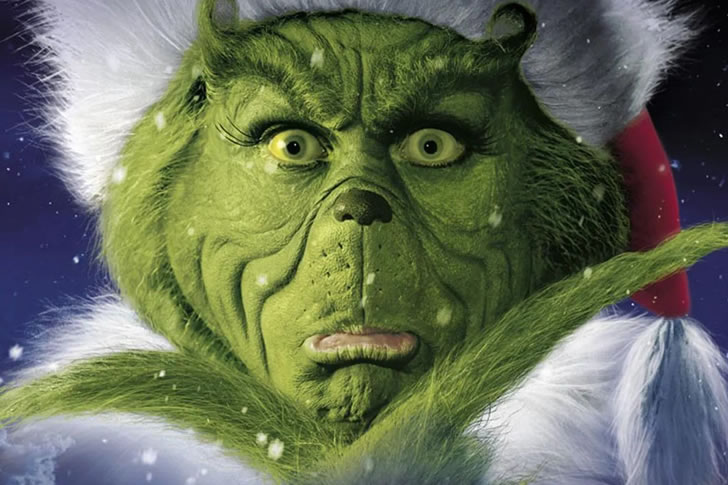 Presently speaking, Jim Carrey’s remains one of Hollywood’s most decorated actors. Moreover, his performance in How the Grinch Stole Christmas set the standard for live-action adaptations of family movies. However, the actor despised the time-consuming and strenuous hours of waiting for his beauty artists to finish his make-up. To his credit, Carrey still showed outstanding performances despite the uncomfortable costume.

The Hunger Games franchise is one of the most unique and memorable takes on the classic survival movie genre to date. More importantly, the acting prowess required to lead such a production needs to be top-notch. On the other hand, the directors did an excellent job choosing Jennifer Lawrence to fill the role. However, she expressed her disbelief in how the costumes weighed 20 pounds and were excruciating to wear, especially during the sewer scene, which took three weeks to film.

In modern-day films, costumes have become flexible and easier to wear. However, during the late ‘80s, Michael Keaton endured hellish experiences with his portrayal of Batman. In fact, the actor underwent so much difficulty that he almost developed claustrophobia during filming. In the end, the actor delivered one of the most compelling performances of the hero character anyone has ever seen. Keaton’s lawyer would have had a field day at the office if the actor broke down on set during production. 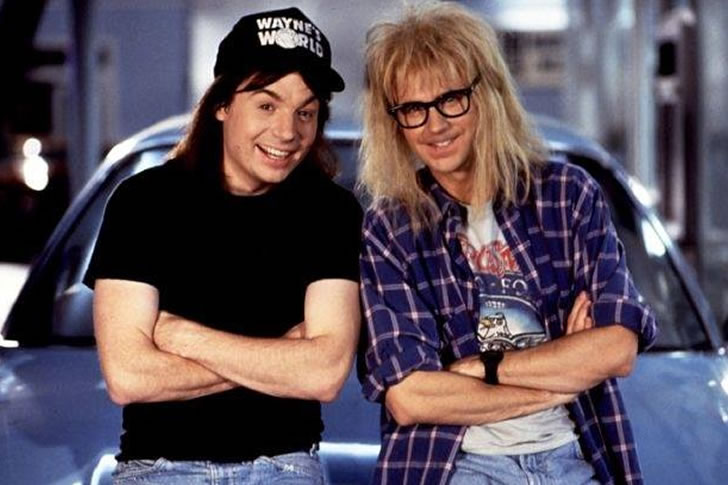 Mike Myers is a prolific actor and an entertaining one to boot, which is why the production team behind Wayne’s World reached their wit’s end when the actor didn’t agree with their choices. In the movie, Myers wanted Queen’s Bohemian Rhapsody to be his background music for a specific scene. Yet, the team wanted to go with a cheaper alternative, such as Guns n’ Roses. The actor gave an ultimatum that he would leave if they didn’t go with what he wanted. Faced with an unrelenting degree of confidence, the team had no choice but to go with Myers’ preferred song for scene.

The Maze Runner is among the highest-selling movie franchises of all time. The series also takes consideration as having the most action-filled scenes in a modern movie adaptation of written works. As a result, filming high-action scenes can sometimes result in unexpected accidents on set. Unfortunately, O’Brien had an accident that resulted in several fractures, lacerations and head trauma. Fortunately, the actor took credit and showed his professionalism by insisting on continuing the film after recuperating for several months.

The Shining holds the top spot for the best adaptations of a Stephen King novel in Hollywood. However, the director, Stanley Kubrick, was notorious for insisting perfection in every detail and scene all throughout the movie. Due to his approach, Shelley Duval, one of the main protagonists, had a rough time keeping up with her director’s wishes. The actress received so much pressure that she had a nervous breakdown during one of the film’s production sets. It’s a good thing Duval didn’t call her lawyer on the movie, as it could have created tension between everyone on set. 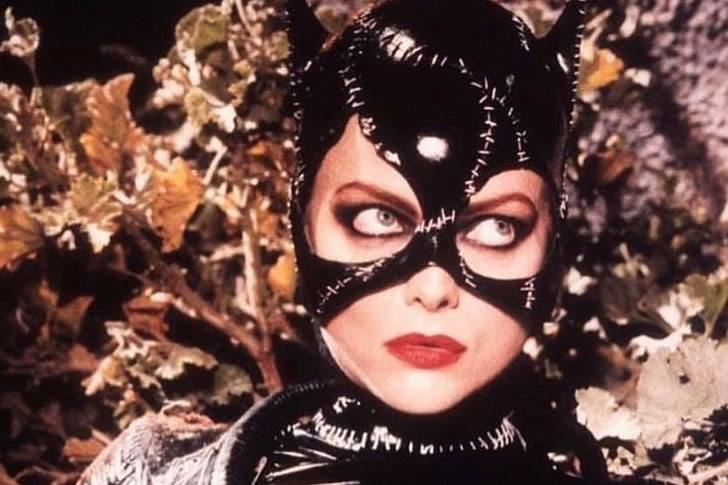 As we’ve seen with superhero movies in the past, actors and actresses had a rough time acting with their costumes on during filming. Michelle Pfeiffer is a talented actress, and most of the time, she wouldn’t complain about small details such as her character’s outfit. However, in Batman Returns, the actress found it extremely challenging to stay composed when putting her costume on. Pfeiffer couldn’t even go to the bathroom once she was in her Catwoman costume, making matters even worse.

In the movie The Reunion, John Cena had to bring out the athleticism of his professional wrestler days back in action. However, he admitted that he could do all the stunts flawlessly, except for one. The helicopter scene had the former wrestler hating on the movie as it was a well-known fact that the actor had a fear of heights. To Cena’s credit, he finished the movie with a brilliant showing of professional acting and athleticism, despite expressing his discomfort in some parts.

In movies, there will always be intimate and sensual scenes where celebrities get to showcase their good-looking bodies. However, in one intimate scene in Knock Knock, Keanu Reeves didn’t expect it to become such an awkward experience. Fortunately, he showed everyone an admirable degree of professionalism and finished the set with no issues. 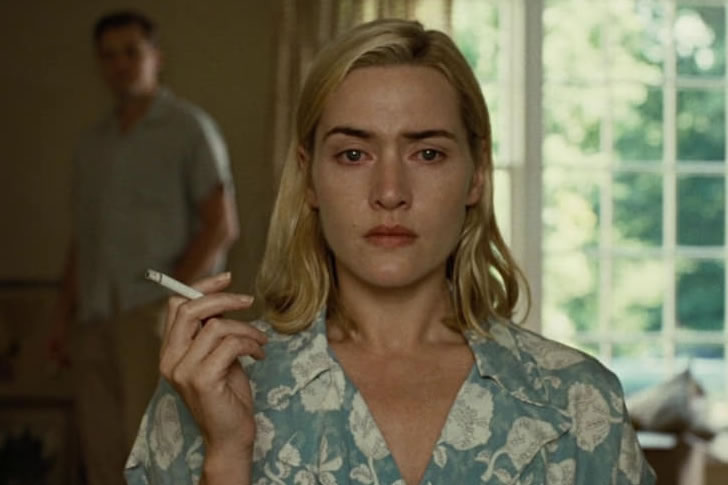 There is nothing more uncomfortable for an actress than to film a kissing scene while her husband is the director. In the film Revolutionary Road, Kate Winslet had to perform in a scene with Leonardo DiCaprio that required her to lock lips with her former leading man. However, what made things awkward for the actress was the fact that her husband, Sam Mendes, was the director of the movie. Luckily, Mendes and DiCaprio were unfazed by the situation and proceeded to shoot the film with no awkwardness between them.